What We Get Wrong About Evangelism (and how to evangelize) 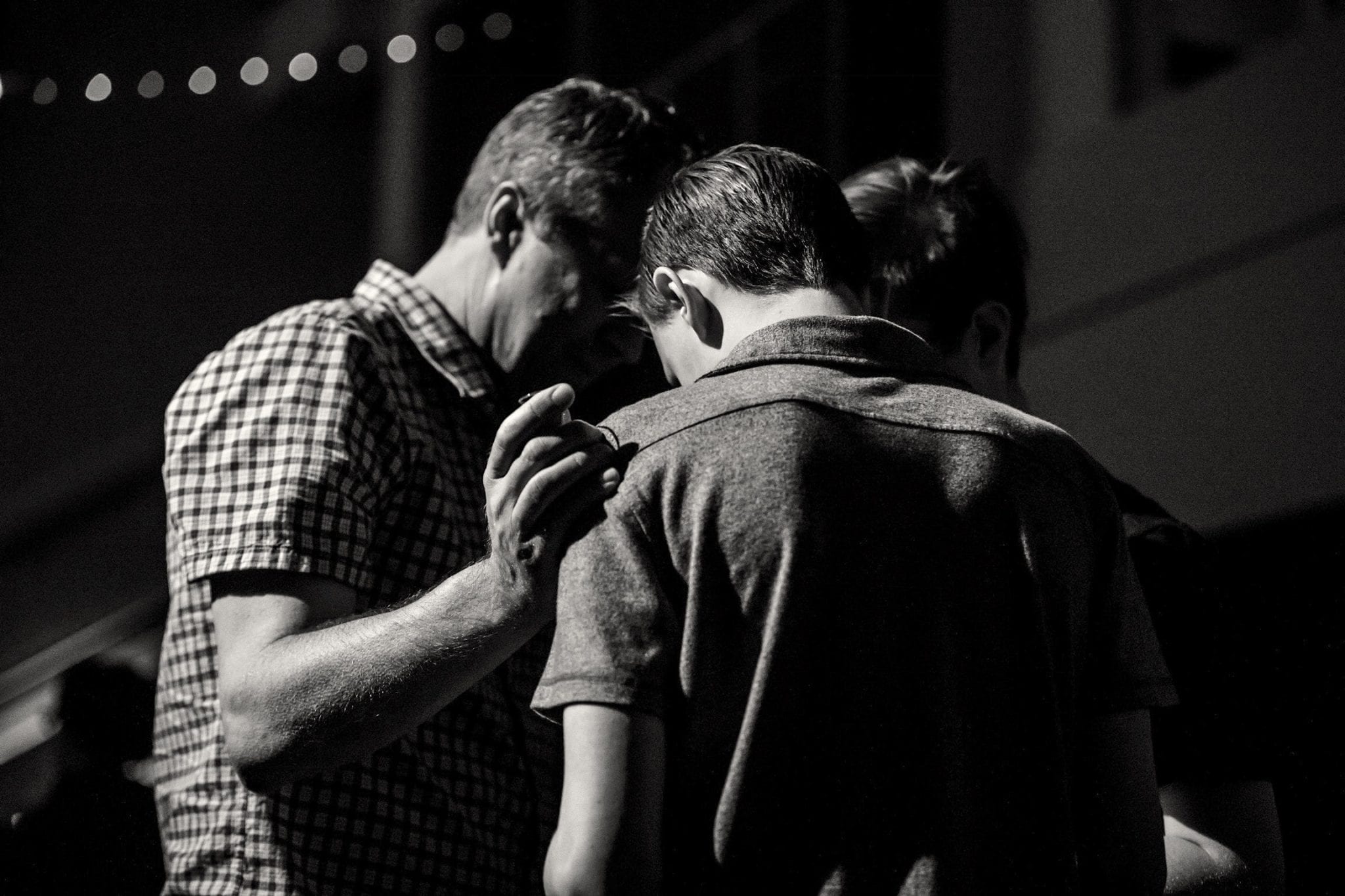 Let’s face it. Evangelism isn’t working. Or at least it’s not working well.
How to evangelize is often taught as a formulaic approach that sounds more like a solicitor call than anything found in the Bible.

In high school I remember being taught the importance of having a personal testimony that you could share at a moment’s notice. It was stressed to me that these conversations could lead someone to salvation (aka save them from hell). In college, Bible College to clarify, I had assignments to write out my personal testimony and have it critiqued by the professor. And again during my Masters (seminary) a similar story played out.

I know, I know… Not what you expected the curriculum to be for theological degrees.

The problem in all of this is I don’t think personal testimonies are effective. To me they are kinda like getting a sales pitch for that item that you don’t really want, but feel pressured to buy. They might result in an occasional sinner’s prayer. But rarely will it result in someone actually following Jesus. And yet they are still one of the primary tools for evangelism.

Here’s the problem: Most evangelism focuses on creating converts and not training disciples. Not only is that not working, but it’s the wrong focus. And that’s why we are getting studying like this one: 47% of Christian Millennials Believe Evangelism is Wrong

People are walking away from Jesus, not because of what He said. Rather because of how he was portrayed. It’s time to look at our evangelism and see where we can improve.

Let’s look at what we get wrong about evangelizing and how to evangelize instead.

The church in America is obsessed with numbers. How many people came on Sunday, how many people were baptized this year, the number of first time commitments, and sadly sometimes the amount in the offering plate. We like numbers.

And listen, I get it. Numbers are easy to track and understand. When it comes to evangelism, this mindset makes us feel like we are accomplishing something by the amount of prayers prayed. Conversions are easy to track. But tracking whether someone is following Jesus is a lot more difficult. You actually have to know them.

We are called to make disciples, not convert people. We are called to be involved in people’s lives, even the messy parts. Not have a conversation, pray a prayer, and duck out. Following Jesus isn’t about a one time prayer. It’s about a life time of ups and downs and daily dying to our desires and following him. There will be days we struggle, maybe years we struggle. And in those times we need people that are doing life with us.

That’s our call. Discipleship, not converting.

We Share Our Faith, But Don’t Talk About It

People need to see real faith in action, not be convinced that something is true. This is more true than ever in our current culture. People already know about Jesus, or at least think they do. The problem is they haven’t seen Jesus. Faith is increasingly becoming this personal thing. And that’s not how it should be.

If your faith is the most important aspect of your life it should come up naturally and regularly. You shouldn’t have to force it or craft a sales pitch. If your faith played an important role in the decision you make, share it.

Faith isn’t personal, it’s communal. And people need to see it. And not just the good side, they also need to see the struggles. When you are doubting or have questions you should show that side too. Hiding your weakness doesn’t make you a better follower of Jesus. It makes you a fake follower.

So many people reject Jesus because his followers aren’t real. Following Jesus has many benefits, and we should talk about those. But it also has struggles, and we can’t ignore those either. I’ve written about mine here: Faith and Doubt (and how they coexist)

Be real about you faith. Tell the people in your life about your faith. The good parts and the bad parts. Share the difference it’s made, the impact it’s had. But don’t leave out the struggles you have too. Don’t just share your faith, talk about it.

We Try To Do The Saving

Many times Christians act as if they are the ones doing the saving. But we aren’t saving anyone from anything. That’s not our job. Jesus already did the heavy lifting.

Here’s the message of the Gospel… You are already saved! You’ve already been reconciled to God. Jesus’ death and resurrection accomplished that. Now it’s up to you to accept or reject what he did. You have an invitation to the party of a life time. It’s up to you to decide if you want it or not.

The common belief is that you aren’t saved until you place your faith in Jesus. But I don’t think that’s what the Bible says. We are already saved, we just choose whether to accept or reject God’s gift. Jesus didn’t tell us to go save everybody. Rather to go tell everyone the good news. What’s the good news? That they are already saved! Jesus has paid the price for their sin.

There inlays one of the problems with evangelism. A central focus is to get people to pray a prayer for salvation. But there’s no magical prayer that convinces God to save you. That’s not how things work. Otherwise Jesus would have walked around telling people to repeat after him.

There’s no prayer that will save you. It’s Jesus that saves. Followers of Jesus are tasked with telling others and showing others God’s love for them. We aren’t saving anyone. Rather pointing them to the one who already did that.

We Aren’t Focused On Our Relationship With Jesus

You will never lead people to where you are not. In other words, if you aren’t close with Jesus you aren’t going to lead anyone there. Not only will we lead people to the wrong place, but it comes off as fake.

How many of you would trust the words of a salesperson that doesn’t use the product he’s selling? Probably not many because it’s not genuine; he just wants a paycheck. That’s how many Christians come off. They aren’t really interested in Jesus, at least not enough to change their actions.

If you want to actually see Jesus change lives through you, you’ve got to first pour into your relationship with him. Otherwise what you do will be ineffective and come off as disingenuous.

Our culture is changing. Our evangelism needs to change with it. Methods that once worked will increasingly become ineffective. Somewhere along the way we lost the main objective and now it’s time to get back to it.

It’s time to start building relationships with people, not to save them or try to “sell” them something. Rather because we care about them. We don’t have to bare the pressure of others souls. Jesus has got that part handled. Our command is to go tell them. But not in a weird, creepy, formulaic way. But to build a relationship and in genuine love and care tell them what God has done for us.

I’d love to hear from you! Drop a comment below and let me know what you think!

Sign Up For Updates And Get A FREE Gift!

Want articles like this one delivered straight to your email? Sign up for Rethink Updates and you’ll also get access to 3 exclusive articles! Put your email in the box below!

6 Ways You Can Love Your Neighbor During The Coronavirus Epidemic

6 Ways Christians Can Respond To The Coronavirus Epidemic

Connect with
I allow to create an account
When you login first time using a Social Login button, we collect your account public profile information shared by Social Login provider, based on your privacy settings. We also get your email address to automatically create an account for you in our website. Once your account is created, you'll be logged-in to this account.
DisagreeAgree
10
5
0
10

Thanks for writing this. Have you read Greg Koukl’s book “Tactics: A Game Plan for Discussing Your Christian Convictions”? He also talks about how we sometimes put pressure on ourselves to actually make a conversion or effectively close the deal. This is not our job but the Spirit’s work. Koukl talks about “leaving a stone in someone’s shoe” to get them thinking about things and move them further along that scale. Witnessing is an ongoing thing and not a one-off project where people are treated as targets. That’s why it is important to think in terms of making disciples rather… Read more »

Jeffery, I agree. I’m sitting with similar thoughts as well. Praying to God and ask him to show me. Because it seems as if ministry has becoming a marketing tool. Everyone has a product now, and yet so many are still wandering lost. The ones that are the called, are being tempted to walk away and give up. This was not and is not and will never be God’s plan. However, to us that know the truth, I pray we continue to walk in the truth and let the truth remain in us. Our lives, the life we live is… Read more »

Having autism and not being able to attend church or fellowship with anyone, I can’t evangalize.

Evangelism doesn’t have to be tied to a church. In fact it’s often better when it’s not.

Jeffery, I think you are “spot on”. My only additional thought is the way we currently define a Christian. It goes back to that concept of an emotional prayer you mentioned. Jesus said no one comes to Him unless the Father draws him. We can just pray a prayer and then say “I’m in” and go on with life without a transformation. If the Father draws a person, they change. The churches are full of people that call themselves Christian, but there is no fruit. It is “by their fruit that you know them”. It scares me how many church… Read more »

Thanks Tom! I think you are right, it’s easy to pray a prayer, but it’s difficult to actually change. I think we often forget we should be able to tell by people’s “fruit”.

I agree. We need to make disciples. The church has been dropping the ball here for a long time. “Therefore go and make disciples of all nations, baptizing them in the name of the Father, and of the Son, and of the Holy Spirit, ” Matthew 28:19 But do we need to be saved or are we saved already? “Calling for lights, the jailer rushed in and fell trembling before Paul and Silas. Then he brought them out and asked, “Sirs, what must I do to be saved?” They replied, “Believe in the Lord Jesus and you will be saved,… Read more »

You are right, we all need to be saved. Jesus did that on the cross. Now it’s up to us if we want to accept the sacrifice Jesus made or not.